After a few months running my cluster, here are my impressions.

Running Gogs was super easy. I am happy with the setup and started to migrate my private repositories from GitHub to it.

I set up Traefik as the IngressController and it’s been working flawlessly. It allows me to have public urls such as gogs.home.achntrl.com that redirect to HTTPS with a Let’s Encrypt certificate.

Huge shoutout to Chris Evans for his instructions on how to setup Traefik and the script to automatically update DNS records.

I used rak8s to automate the cluster creation. I customized it to my configuration. I tried it by recreating the cluster from a fresh Raspbian install and it worked well. I’m not afraid of losing my whole cluster anymore.

I also built a Docker image for Datadog agent that I use to monitor my cluster (disclaimer: I work at Datadog, but this is not officially supported by Datadog). The image can be found here.

I faced problems regarding RAM usage. Kubernetes recommends 2GB or more of RAM per machine. The Raspberry Pis only have 1GB of RAM, and we can feel it on the master node. 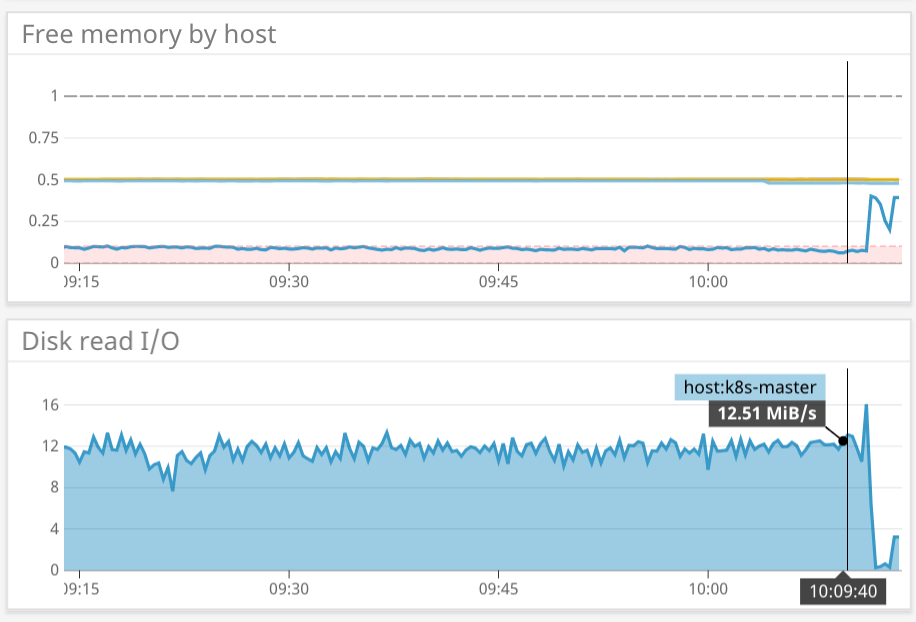 All slave nodes hovered around 500MB of free RAM, but the master node was at 100MB or less. Often, the controller manager or the scheduler died (every 7 minutes on average!). It seems to be caused by pod eviction when the RAM is low (by default it’s when free RAM hit 100MB or less). I tried to push the eviction limit to 50MB. That improved a bit but I was still seeing evictions

It was also the cause of a high read activity on the master node at around 12MB/s and problems with a CronJob that wasn’t properly scheduled.

To fix this, I ordered a bigger board, with 2GB of RAM to run the master node. I went with the ASUS Tinker Board because it is also an ARM board and I was available for next-day delivery (approx. €65). 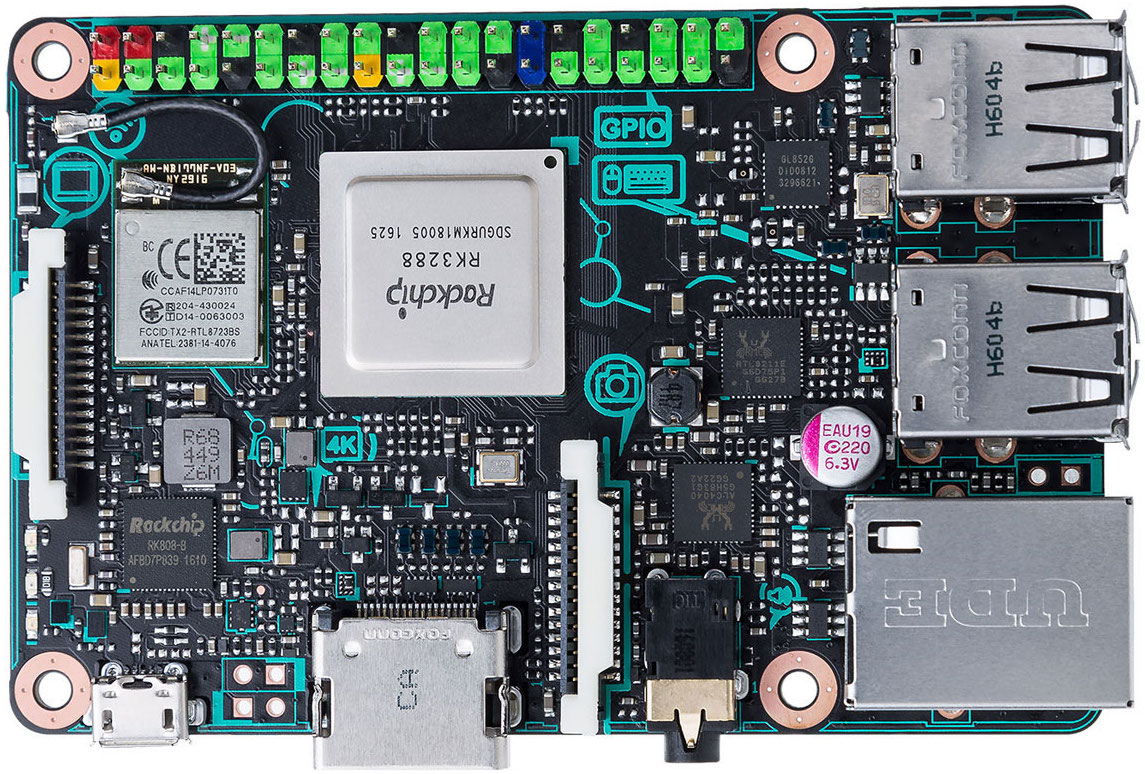 The card is more aesthetic and the SD card slot is push to eject!

Raspbian won’t boot on it so I flashed Armbian on the SD card. I had to tweak the rak8s playbook to properly disable the swap on it, but after that, no more pod eviction. I have about 1.2GB usable on the master node and 0 kbps reads.